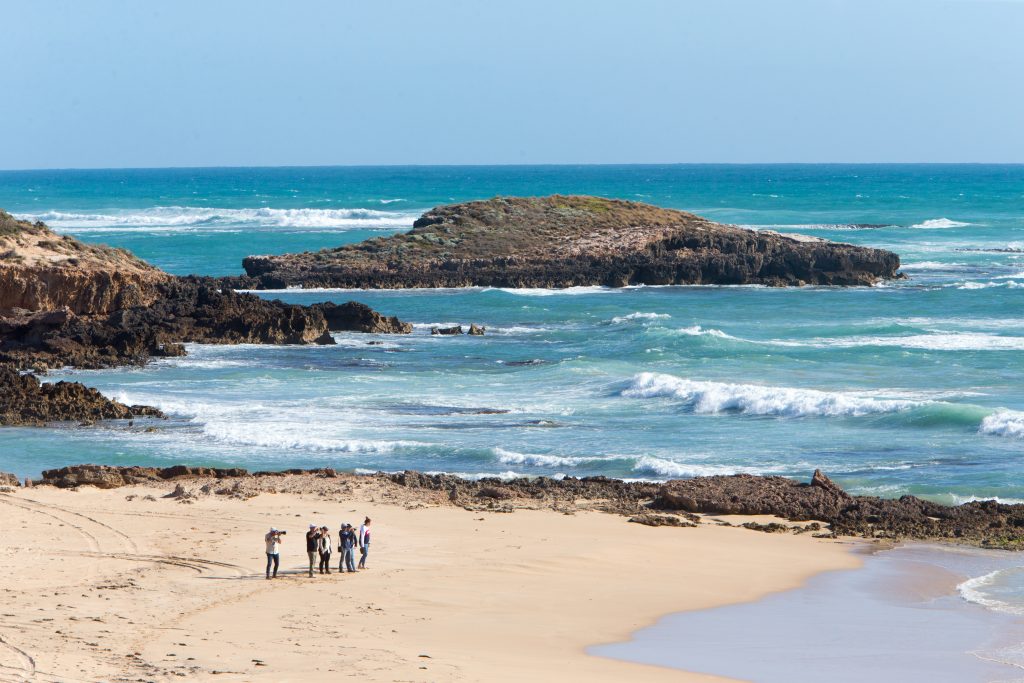 Welcome to our Limestone Coast Sea, Vines & Caves Photographic Safari. Capture iconic animals, unique Australian flora and breathtaking scenery as you travel from the outskirts of Adelaide down to the beautiful southeast Limestone Coast via the truly magnificent Coorong.

This all inclusive tour is perfect for capturing the essence of a unique part of Australia and indulging your senses. Photographer, Chris Matthews, is your tour guide, and will be teaching all he knows from a life behind the lens to ensure you get the most out of your experience.

Leon Mead was born in 1966 in Adelaide, South Australia. Living in Goolwa, a small town on the River Murray, he spent much of his youth exploring the River by canoe and catamaran, photographing this seaside environment and learning to appreciate the fine things in nature.

His photographic career began at the local paper, The Victor Harbor Times, employed as a cadet photographer. He then moved to Adelaide 18 months later finishing his cadetship at The Adelaide News. Much of his press work included Papal tours, Royal visits including the Queen, Lady Diana and Fergie, Grand Prix’s and other Adelaide events.

News Ltd and The Adelaide Advertiser was the next place of employment where he worked for 8 years as Senior Photographer and Sunday Pictorial Editor. Highlight events included the Sydney 2000 Olympic Games, East Timor crisis, and Manchester U.K for the Commonwealth Games.

We head past Point Sturt into Lake Alexandrina, Australias largest freshwater lake, at Point Mcleay view (from the water) the first Aboriginal Mission in Australia “Raukkan”. We then pass the Historic Point Malcolm Lighthouse and the township of Narrung as we enter the “Narrows” which join Lake Alexandrina and Lake Albert. Coorong Cabins are located in the heart of the Coorong National Park. Hosted by long term local Mik who has established these beautiful getaways, they feature stylish accommodation in either 1 or 2 bedroom. You will wake to the sound of the natural birdlife overlooking the Cooroong Lagoon, these cabins have everything needed for a relaxing and comfortable stay. After a comfortable night relaxing and reflecting on day 1, we awake to a new dawn. Yes we get to photograph the Coorong as the sun rises which is something very special. The light, the sounds, the atmosphere of capturing this stunning place is a once in a lifetime experience. Your photography will go to the next level once again under the watchful eye of Leon Mead. After the dawn shoot, we tuck into a hearty breakfast before making our way to the stunning little seaside haven of Robe, travelling along the length of the Coorong getting into the heart of the Limestone Coast. Along the way we have photo opportunities at places like Jacks Point, The Granites Beach and numerous lakes and waterways, before we arrive at Robe, the jewel of the Limestone Coast. Robe is once of the most picturesque and historic seaside towns in this region of South Australia with beautiful long beaches and historic landmarks and buildings. There is plenty of time to walk the streets and soak up the atmosphere while maybe doing a spot of shopping in some of the gorgeous shops lining the main street. Our accommodation is the upmarket Grey Masts where we can retire in comfort and enjoy the surroundings.        Grey Masts is one of Robes heritage listed gems. With a past that has played a huge role in the settlement of the south east of South Australia.

With timber floors salvaged from shipwrecks found along the limestone coast. The thick sandstone walls of Grey Masts leave the interior feeling cool in the summer while trapping in the warmth during Robes romantic and rugged winters. Furnished with an eclectic mix of modern and antique furniture. Along with a private art collection that has been lovingly and organically collected over the last forty years. All of these features come together to provide an honest feeling of welcome and sanctuary from which to explore Robe and her surrounds. A new day breaks and another opportunity to capture the surrounding scenery. The historic fishing port, the long beaches offer an array of options for photography. Each with their own uniqueness of colour, light and detail. After breakfast we drive to Narracoorte, located near some of Australia’s best Cabernet Sauvignon Wine regions, the Coonawarra. On the way we will stop at Bool Lagoon Game Reserve and Hacks Lagoon Conservation park where we can go on walks with our cameras and photograph any number of beautiful water birds and flora. This is a very unique wetland for the area. We will also have an opportunity to visit the Naracoorte Limestone Caves. Here you can get up close and personal with your favourite stalagmites and stalactites and fossils in these stunning 800,000 year old underground caves. When we arrive in Naracoorte our accommodation is the beautiful Karinya BNB. Here you can put the camera down and sit back and taste some of Australia’s finest regional wines or three and watch the country life pass by.        By now you would have discovered the beuty and essenceof some of the spectacular sites of the stunning Limestone Coast, south-east South Australia.

Today we cruise back to Adelaide via inland, stopping for lunch at Monarto Safari Park, one of the best examples or iconic animals in their natural environment in Australia. Capture images of chimpanze, lions, tigers giraffe & meerkats, just to name a few. You will love connecting with these beautiful personalities.

We arrive in Adelaide around 6.00pm and hope that our Wildlife, Wetland & Wine Photographic Safari gave you an unique and rewarding experience whilst offering the chance to hone your photography skills.

Book now to secure your spot on the tour.

Customers should note due to weather and access conditions substitutions may occur to any location or activity. 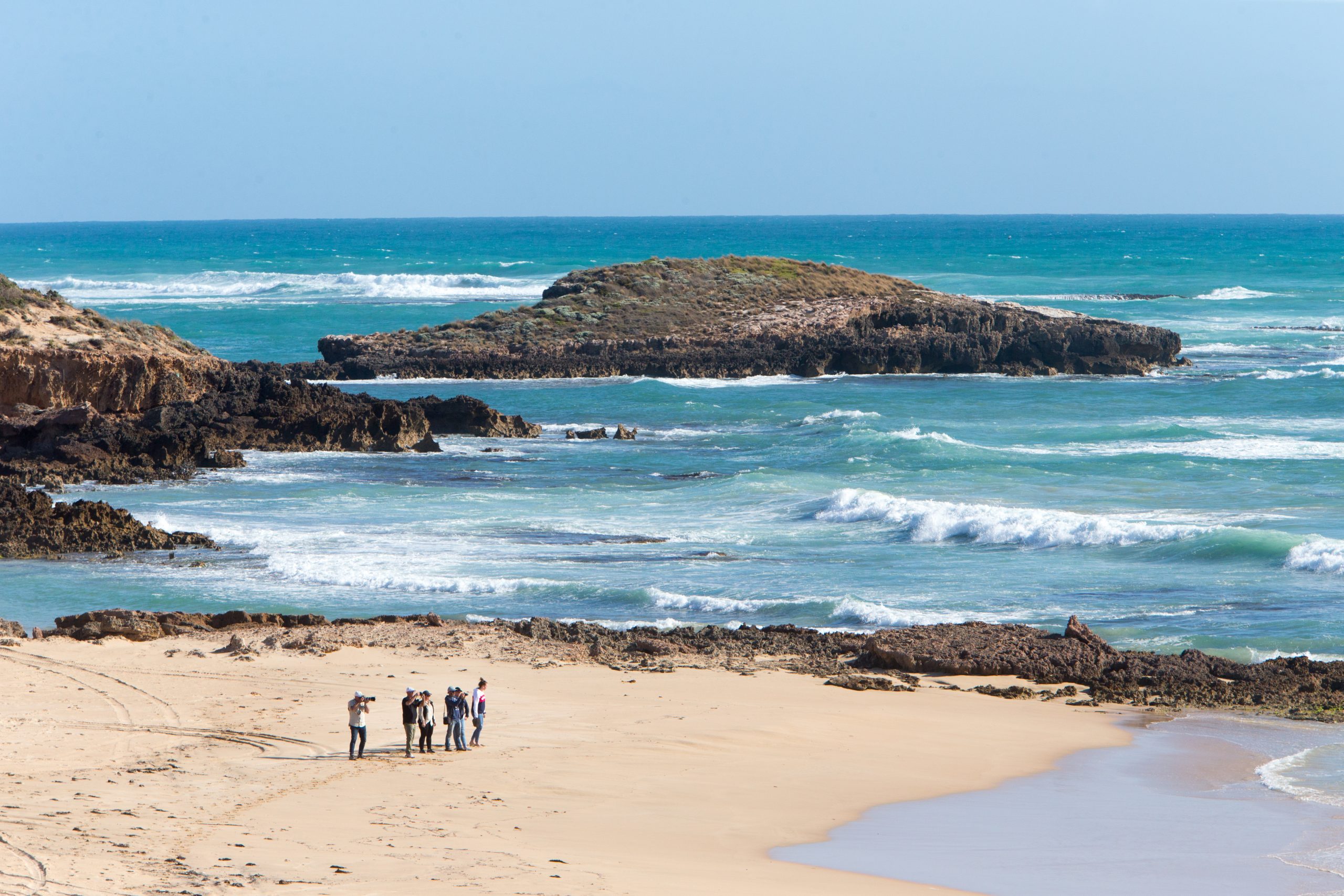 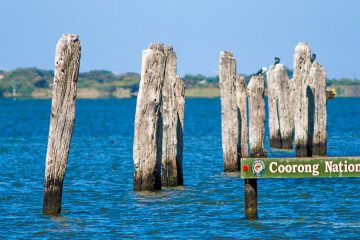 Departing all year round 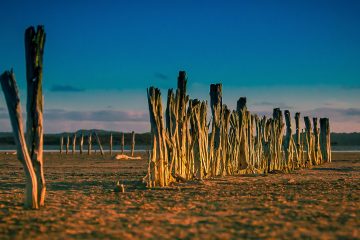 TOUR DATES:  Departing all year round -
One tour per person